This week has been crazy! 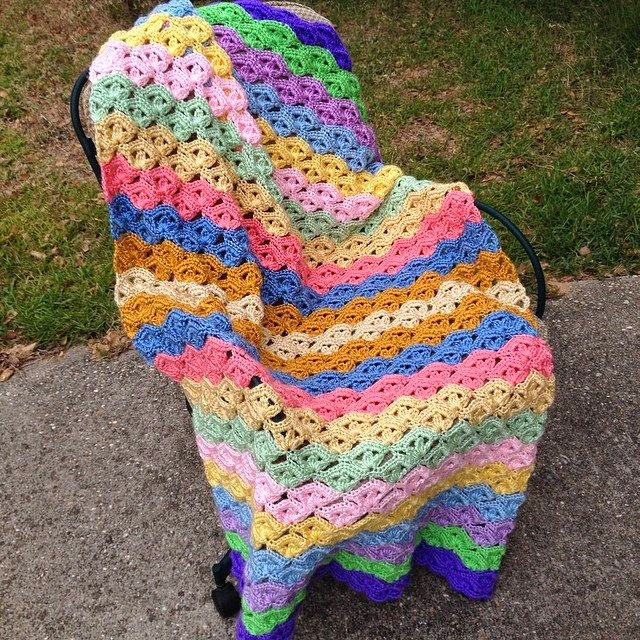 So, the craziness of the last week started with the release of the Irish Waves Baby Blanket pattern last Tuesday. I had no idea this was going to "blow up" like it did. Right away on Wednesay morning The Crochet Crowd shared it on their Facebook page, then later on in the day Kim Guzman contacted me about featuring it on her website the next morning, then the day finished with Moogly sharing it on her page.

I thought, "Holy Cow! Who knew people would like this so much?!?" And I thought the hoopla was over. I had my 15 minutes of fame. LOL. But, then the post actually came out on Kim Guzman's www.makeitcrochet.com on Thursday morning. All I can say is that the traffic to my website went crazy!! I loved it, but I had made a mistake on the patterns first row on the afghan, so I spent most of my weekend giving people correct directions through email until I could get back to my work computer and fix the pattern itself and reload it on the web (run-on sentence, much?).  From Kim Guzman's blog post yesterday the Irish Wave Pattern was the most popular free pattern in the history of her makeitcrochet website to that date! I. am. floored. And super blessed. Thank you to everyone for your overwhelming support of this pattern! :)

However, you know me, and you know I can't keep my fingers still even in the wake of an epic moment like that. I had promised a box of toys to my good friend Carolyn of Herr Projects OKC. She was the lovely individual that sent me all the yarn you see in the Irish Wave blanket. So, I started with a Seamus the Owl knitted pattern from Ravelry. 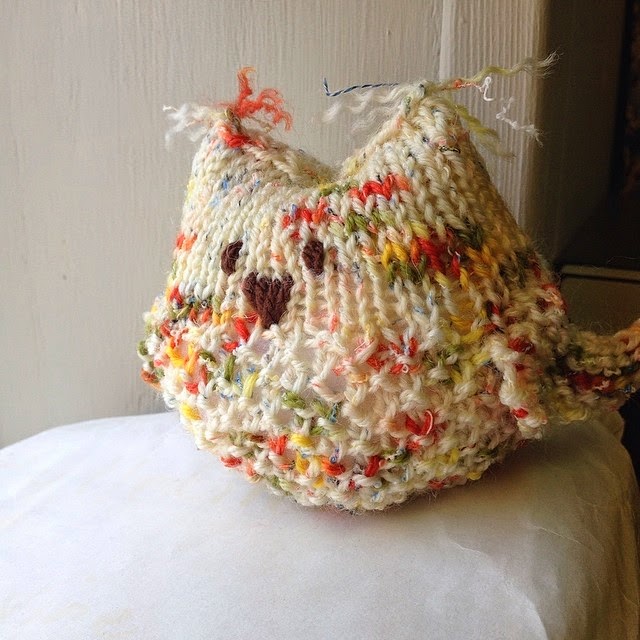 Here is the first Seamus made from a light wool blend on Thursday. 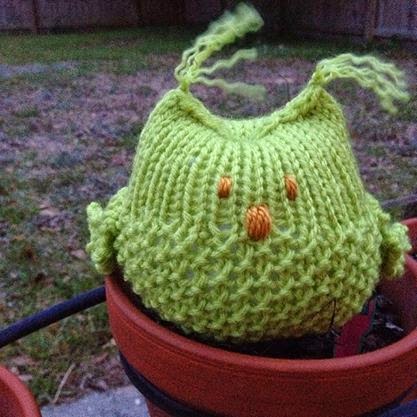 Then I made another Seamus out of worsted weight on Friday and I called him "Kelly". 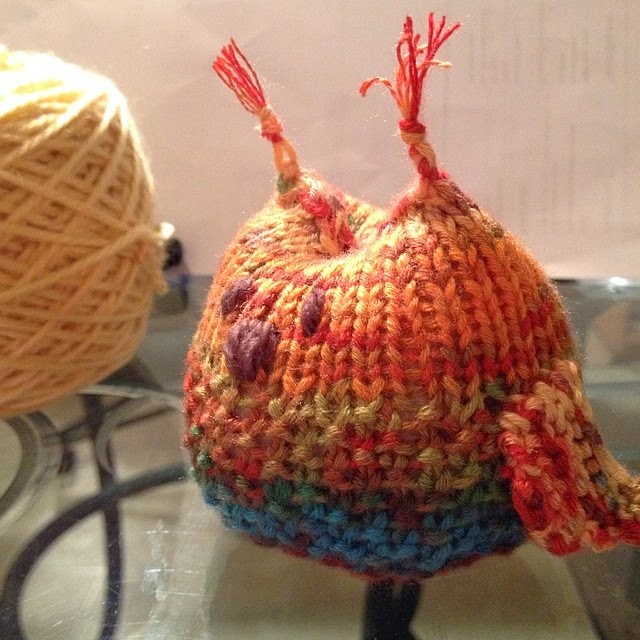 Then I thought "How fun would it be to do it in sock yarn??" So this is "Morgan" and she was born Friday night. 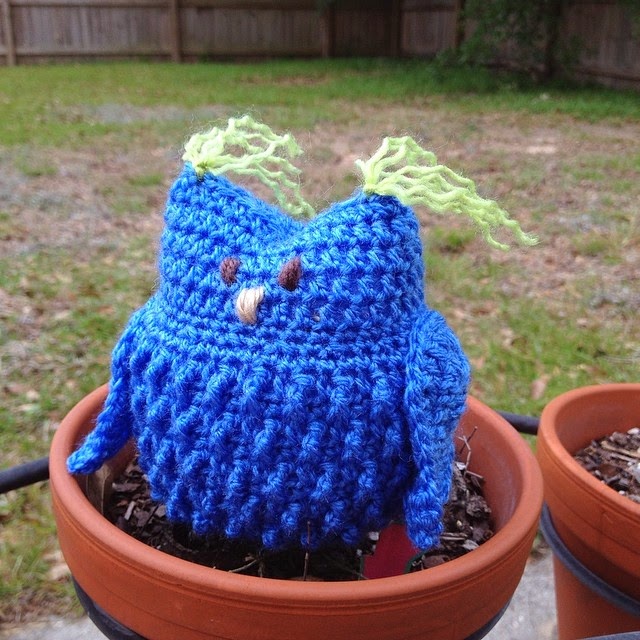 I got tired of knitting and decided to crochet, but I thought I needed to make something with texture something like Seamus' texture. So, I created "Bridgette" out of Jamie baby yarn and an F hook. Her pattern will be coming soon. She was born Saturday morning. 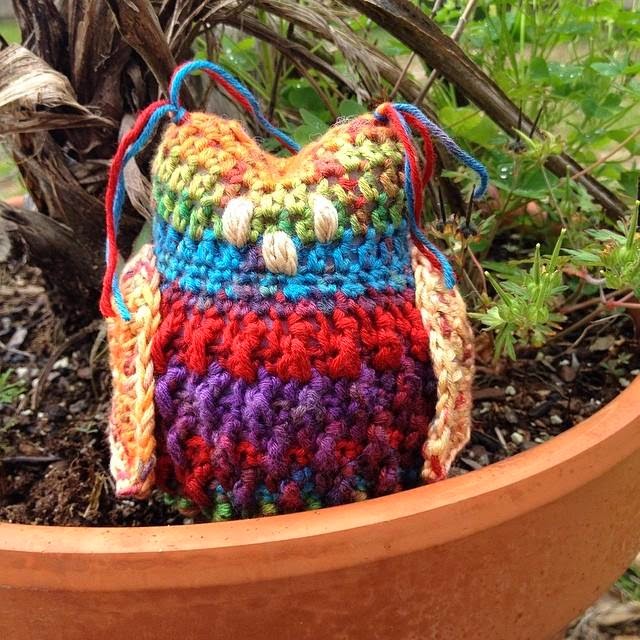 I decided to crochet another one, but the sock yarn pulled me in again. I thought the colors would be very pretty in the texture. This is "Madelaine", Maddy for short. She was born Saturday, too. 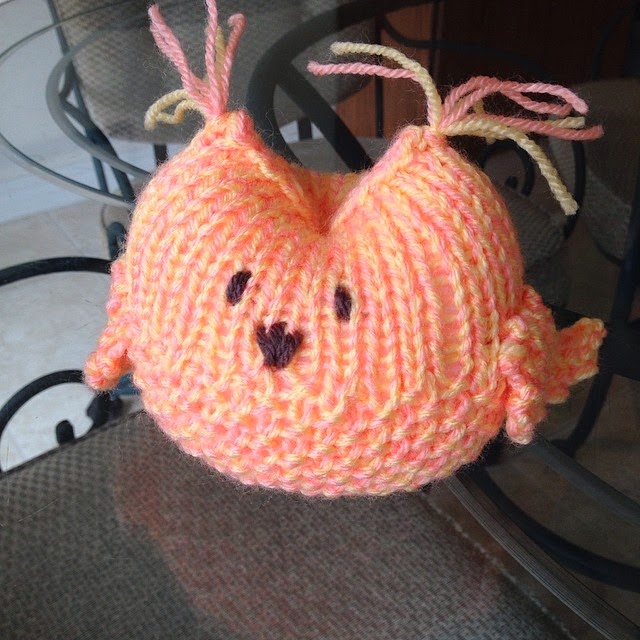 Finally, we have "Peach" in the Seamus pattern again. She is a combination of two Jamie yarns put together and knit with size 8's. She was on Saturday too. 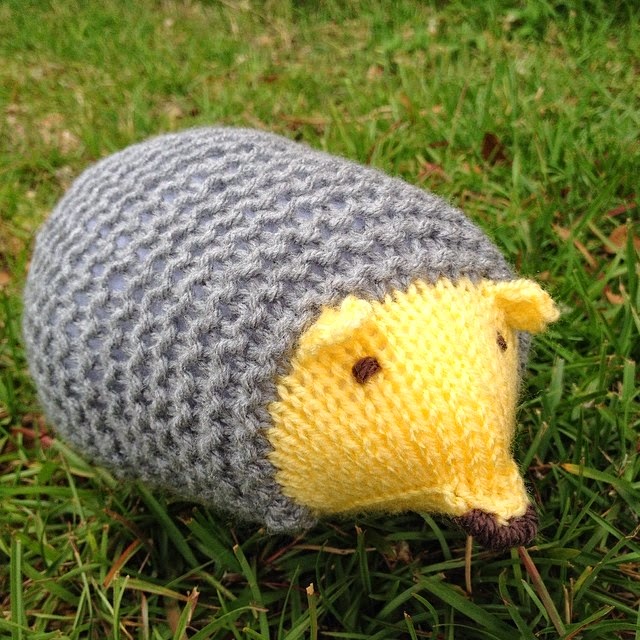 By the time I finished "Peach", I was just about owled out. So, I decided to take a break from the feathered group and make something totally different. There are some really fun knit animal patterns on Ravelry! This is the Knit Hedgehogs pattern by Purl Soho. I LOVED the fact that I didn't have to make ten pieces and sew them together. I am still not brave enough in my knit item assembly skills to attempt making anything with "parts". The yellow section was knit as one piece, then the gray was added and stitches were picked up along the side as you went. So by the time you got to the butt, you just stuffed it, finished off the decreases and closed it up! Then you do four simple rows for the ears...and voila! You have a hedgehog. This is one of my all-time favorite patterns now!

When I posted my picture on Instagram/FB, one of my friends ordered one for her daughter right away. So, this little mint/blue guy is hers. 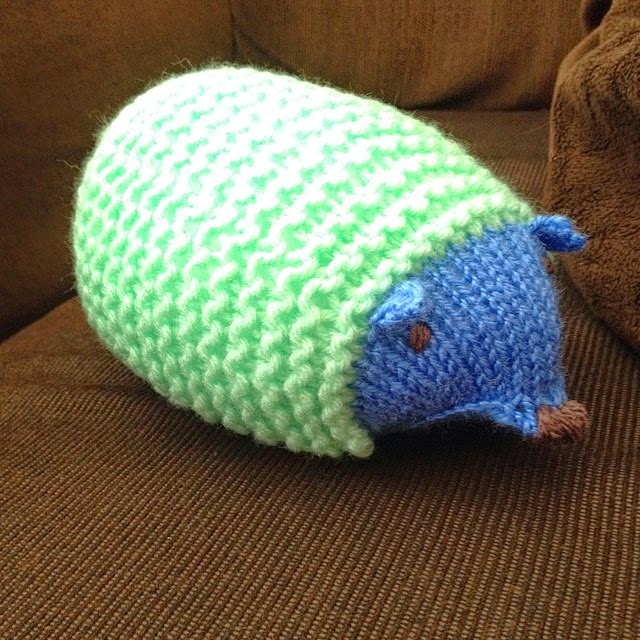 After minty guy I was completely 'toyed' out for a bit. I am moving on...sort of...to some afghans. This first picture is the color plans for a July wedding afghan. They are very young couple, and they don't really have a color scheme for their home, so I am making the afghan in their wedding colors. Mint green, blush pink, light grey, burlap brown, and I am throwing cream in there as a buffer. I am going to use the African Flower pattern for this afghan. I really can't WAIT to get on this afghan!! I think it is going to be gorgeous! I plan to double the size I made the one for my niece so that it snuggles two comfortably. :) 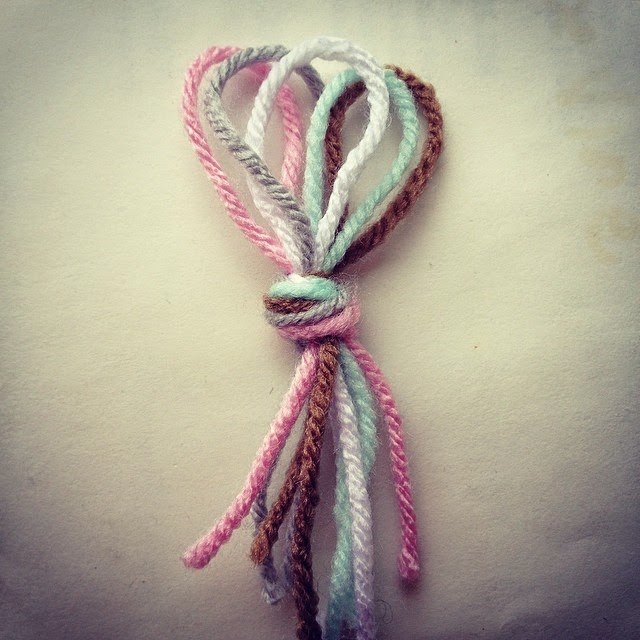 Last, but not least, in the middle of my toy making I decided to start a Fluffy Meringue baby blanket by Patons yesterday. I will work on this until I am inspired to make toys again. If you have any toy suggestions..throw them at me!! I don't want to make anymore owls. I think I may make another hedgehog or two...but I'm ready to move on...lol 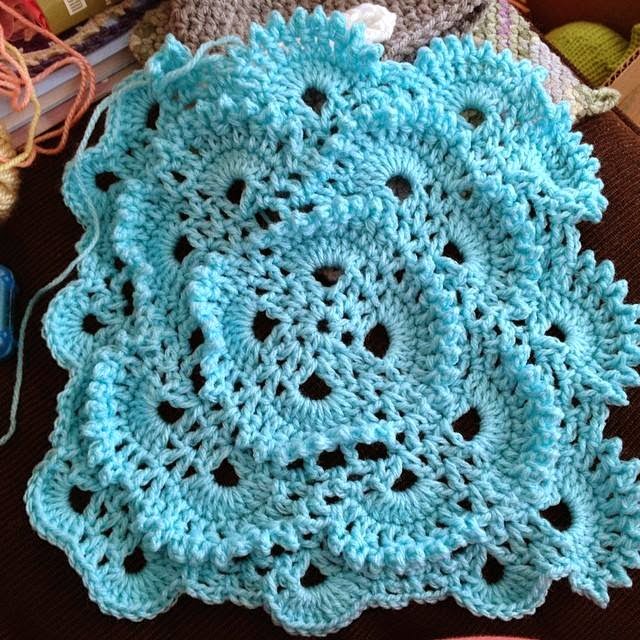 Hope you've had some inspiration from today's post! Come visit me on Facebook/BizzyCrochet, and I'm on Instagram too as bizzy_crochet!