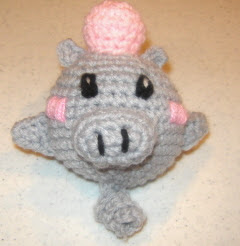 Spoink has no feet..only a 'boingy' tail. He was hard to position for pics... 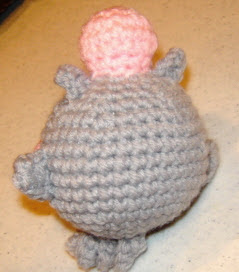 TAIL:
ch10, 3sc in 2nd ch from hook and each ch to end. Finish off leaving long end to sew onto his butt.

Biz
at May 22, 2007
Email ThisBlogThis!Share to TwitterShare to FacebookShare to Pinterest